Ecology of Fear: Leopold’s A Sand County Almanac and Coates’ Between the World and Me 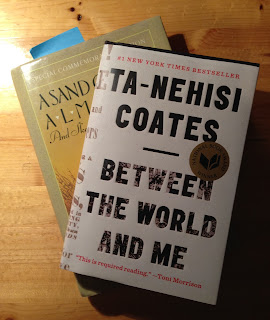 I rarely read two books at once, but I have been doing so while rereading a book with my Conservation Biology class (A Sand County Almanac by Aldo Leopold) and reading a new book with my book club (Between the World and Me by Ta-Nehisi Coates). These really different books have started talking to each other and having a conversation of their own about the ecology of fear.  One of the most poignant moments to me in A Sand County Almanac is from “Thinking like a Mountain” where Leopold is having lunch on the mountain top when he and his companions see a wolf and her pups and they begin “pumping lead into the pack” (p 130).  They “reach the old wolf in time to watch a fierce green fire dying in her eyes” (p 130).  This is his road to Damascus moment where his life changes and where he sees that the path he is on is headed in the wrong direction. And he converts—he changes, although state after state continues to eliminate the predator from its boundaries. While both the deer and human may have “a mortal fear of its wolves, so does a mountain live in mortal fear of its deer.”  So many of the myths of our culture focus around predators and their danger, instead of focusing on or envisioning, say, their role and majesty in the ecosystem.  What we do, perhaps as a result, is tame the world around us by cutting forests and eliminating the animals that may do us harm in a short-term attempt for safety.
In Between the World and Me, Ta-Nehisi Coates writes a letter to his son about the experiences that have shaped him and about his fears for his son—it is a personal response to the diversity of color and how it shapes and defines (and sometimes destroys) lives in America. He talks of negotiating the streets of Baltimore while walking to school—how it required constant assessment to get there safely and that one false move could result in getting shot or stabbed. He talks of parents so afraid and concerned for their youth that they disciplined them in ways that seemed cruel. He talks of a whole culture and city driven by fear of one another and of their individual futures. He talks about taming that fear so that his son can have a life that is not oppressed by or motivated by fear—he remembers “how [his son’s] eyes lit up like candles…That look was all that I lived for.”


Coates’ book is fascinating and disturbing and thought-provoking in so many respects (it is rich in ways that I am not discussing).  It also has me thinking about fear and Leopold on the mountain top. Do we think we can create a world without fear?  Fear is useful in many respects—it can guide us to safety, whether it is through a forest or a street.  It is when it begins to dominate our lives and our ability to function that it becomes problematic. The hunters eliminating the predators, they have not eliminated fear.  They have just created new problems.  In a sense, we have tamed the environment to an extent that there are no predators in our midst.  Except ourselves.  We are our own worst enemy—and as Coates’ points out, some are more the enemy than others.  In this sense, perhaps, maybe it is Coates who has it figured out—we fear one another most and certainly we can cause the most widespread harm to one another.  We think (in America at least) that we can solve all problems with weapons—that we can eliminate what we fear.  But instead, we create new monsters. 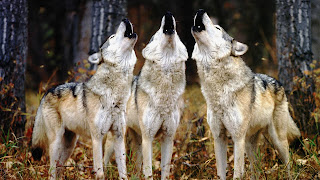 Posted by To Love What is Mortal at 4:58 AM No comments: