Last week, Ray Semlitsch died and so many of us lost a beloved mentor and adviser. Though his family loved him more and knew him best, he was a really important person to so many of us and we loved him dearly. Rest in peace, Ray. 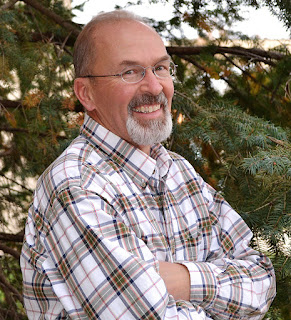 Ray Semlitsch was a friend of frogs and salamanders and humans, and to many a mentor, a colleague, and a Jedi Master.  The Psalmist wrote “I will lift up my eyes to the hills, / from where will my help come? / My help comes from the Lord, / who made heaven and earth.” The hills and forests and wetlands may well ask the same of us “From where will my help come?”  And the answer has been, at least in part, “It comes from Ray.”

Wes Jackson of The Land Institute has said “If your life’s work can be accomplished in your lifetime, you’re not thinking big enough.”  Ray wasn’t going to get it all done in one lifetime, because he did think big.  The old Semlitsch lab may remember Ray saying at a lab meeting that he was a “chainsaw ecologist” and that if you wanted to really know what was happening to amphibians when the forests were cleared, you had to experimentally clear the forest with randomly assigned treatments.  I remember thinking (in my youth) “Nice idea. Totally crazy.”  But he took what seemed like a crazy idea and over time found collaborators and funding, and really became a chainsaw ecologist asking questions with a slew of students and colleagues at a scale few others have attempted and providing answers that will better protect the wildlife he dedicated his career and life to. Ray could turn outlandish ideas into reality and he was full of ideas.

Ray’s students and colleagues are part of the legacy of his career--he showed us how to be open to the ideas that seem impossible, how to provide solid experiments (with true replicates!) and how to analyze data that will be useful to policy-makers, to help preserve and protect more of the natural world in the face of a growing human population and climate change.  I have been trying to remind myself to be thankful for the time Ray did have on earth and that he was so freaking efficient with it. He has inspired a generation of students and it’s hard to put into words what Ray means to us.

Ray was a gifted scientist, but we remember him because he was so much more than that—he feels like family. He had a statistically significant, positive effect on our lives. Ray was welcoming and generous.  When you walk into the Semlitsch lab, you have to pass right by Ray’s office where he was most often working at his desk with his door open in a standard attire of khaki pants and button down shirt with little stripes on it. He’d exclaim “Travis!” or “Allison!” (or whoever you were) as you passed by like he was so thrilled to see you even though you may have walked through the door of the lab every day for weeks or years. I’m not sure why he was so happy to see us, but it made you feel like you belonged.

Although Ray liked things a certain way (there are stories of him advising students on how to mow the lawn around the cattle tanks—first circling clockwise, next time counterclockwise), that was advice--he did not try to control his students or the important stuff—he let us find our own way of doing things—everything was a collaboration.  Some of the students were and are superstars and some of us didn’t really know quite what we were doing or where we were headed—but either way, he could work with that and he took you as you were.  He was not exasperated by questions that may have seemed naïve or simplistic or completely trivial. I remember calling him in an unexplainable panic to ask if I should staple or paper clip materials for a job application—and he just cheerfully and definitively answered “Staple!” without making me feel like he was busy figuring out how to cut down forests for science.

The poet Mary Oliver writes “When death comes / like the hungry bear in autumn / when death comes and takes all the bright coins from his purse/ to buy me, and snaps his purse shut…I want to step through the door full of curiosity, wondering; what is it going to be like, that cottage of darkness?”

Ray was in all things curious—new statistical analyses or new techniques, they didn’t faze him—he was young in spirit and mind.  As he passes from this life to the next, I can only imagine him taking that curiosity with him.  None of us knows when our time is up.  Ray’s time feels cut short, but he used his time wisely:  he conducted many studies and wrote many papers (more than 241 by Travis Ryan’s count); he was generous and kind to his students and colleagues; he loved his family dearly; he was respected and loved by many; and Ray was not lost, but found, as you could read at the bottom of each email he sent.  When I think of him I cannot help but smile.

When I picture Ray, I imagine him keeping the path to that great wetland in the sky clear for each of us, and when our time comes and we see him again—he will be standing there, either in waders or khakis and striped button down shirt, I’m not sure which—he will call us each by name as enthusiastically as he did when anyone walked in the lab and we will know we’ve come to the right place.
Posted by To Love What is Mortal at 10:11 AM 4 comments: